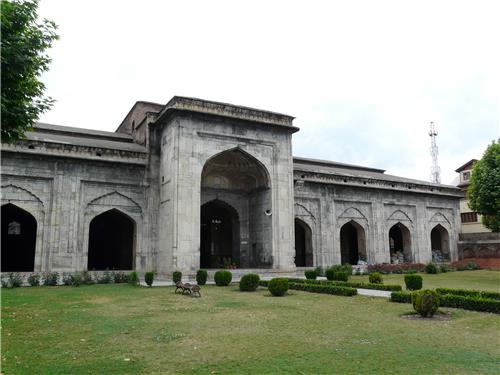 Pathar Masjid is a magnificent building, unique both in design and structural prototype. Although it was initially constructed as a mosque, it was never used as such. Indeed, there is an interesting story behind this.

Story Behind Desecration of Pathar Masjid 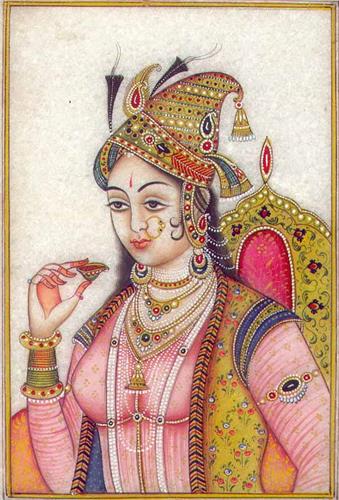 Pathar Masjid was built by Empress Nur Jahan in 1623. Unlike most other places of worship in Kashmir Valley, this mosque was built with grey limestone. Since stone in local language is known as pathar and mosque is known as masjid, the edifice so built began to be known as Pathar Masjid.

It is to be remembered that mosques in Kashmir were generally built with wood while most Mughal edifices were built with marble. Perhaps the Queen chose limestone because she realized that in absence of a transport system bringing marble stones from the plains would be an impossible task. Contrarily grey limestone was found locally; in addition such stones could be carved and polished easily. Therefore, she decided to build the mosque with limestone.

Now, it is said that Nur Jahan was once asked about the building cost of such a magnificent structure. The Empress did not answer directly. Instead she pointed to her shoes, which were embossed with expensive jewels and said, “As much as that”.  When this remark reached the religious leaders they found the reference to be sacrilegious and declared the masjid to be unfit for religious activities. Since then, the mosque is lying idle.

However, another version says that the mosque was desecrated because of its architectural style; it followed a distinct Mughal pattern rather than indigenous Kashmiri style.

As we have already said, Pathar Masjid follows a distinctive Mughal style of architecture, the 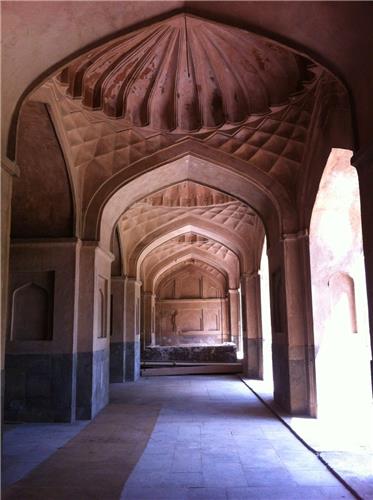 prototypes of which are found in Agra, Delhi and Lahore. The only difference is that this mosque has been built with grey limestone instead of marble.

In essence, Pathar Masjid consists of a long arcade, located to the west of an enclosed courtyard. The façade of the mosque consists of nine arches, each of which is further enclosed in shallow cusped arches. These shallow arches in their turn are enclosed in rectangular frames. In addition, all these arches have been built horizontally and this too is another distinction of this building.

Among these arches, the one in the center has a large portico. The plinth of the mosque is also very striking; one should stop to admire the lotus leaf coping on it.  The spaces between the projecting cornice and the eaves are also decorated with series of lotus leaves. These leaves are mostly carved in relief, but some 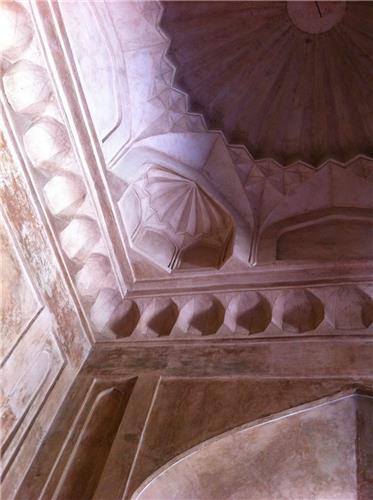 of them have been pierced for ventilation purposes. The half-attached “bedpost” columns at the jambs of the entrance are also very remarkable.

Unlike typical Mughal architecture, the mosque has a slopping roof, which is approachable through a a flight of steps. The roof is supported by eighteen massive columns from inside. All these columns are square in shape and have projections on two sides. The striking part is that the lower end of these columns is made out of stone while the upper part is made out of bricks and is covered with lime plaster. There are twenty seven domes on the roof.  Although some of these domes are wagon vaulted, most of them are ribbed inside

Pathar Masjid is located opposite to the Shah Hamdan Mosque in Nowhatta region of Old Srinagar. It is around 6 Km from Srinagar city center.