Pari Mahal is one of the most popular tourist destinations in Srinagar city which is sited on top of Zabarwan mountain range which runs close to Dal Lake. This majestic seven terraced Mughal garden on top of the hill overlooks Srinagar city and the Dal Lake. The term Pari Mahal means “The Fairies’ Adobe” and it is also called as “Quntilon”. Pari Mahal stands an outstanding example for the architectural excellence of Mughal and how they excelled in the field of garden architecture during their reign. The garden is very popular for its attractive flowering plants and numerous fruit trees. Currently state government of Jammu and Kashmir owns and manages the garden. 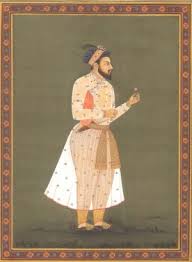 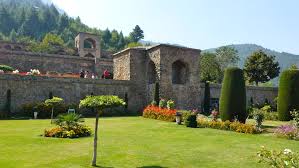 Pari Mahal is a seven terraced garden with 122 m length and 62.5 m width which is built according to the Mughal garden design. The seventh or the top terrace was used by Prince Dara Shikoh for its teaching. The garden has no water falls to supply water to its terraces so many water tanks with underground water pipeline connection were built to supply water to each terraces through water tanks.

The entrance of Pari Mahal is a typical Mughal style entrance with an arch followed by a dome with a middle chamber.  On both sides of the entrance follows a row of extensive rooms. Out of the seven garden terraces the third terrace differs in its architectural style when compared to the rest of the garden terraces. From the corner of each terrace its top or lower terrace can be reached through steps. The top terrace has a huge water tank which gets water from a spring. Currently the spring and many water tanks in the garden have dried.

Pari Mahal on Zabarwan mountain range has a dropping freezing temperature during winters so summers are considered as the best season to visit Pari Mahal. The garden is opened for public visit from 9.30 am till 5.30 pm and the last entry time to the garden is 4.30 pm. The garden remains closed on Fridays.  Tourists are advised to carry their ID cards while touring Pari Mahal.

How to Reach Pari Mahal

Pari Mahal
Address: Srinagar, Jammu & Kashmir-190001
Pari Mahal is also very close to Chashme Shahi Mughal garden which is also another popular Mughal garden on the banks of Dal Lake form where Pari Mahal can be reached in just a 5 minutes drive.