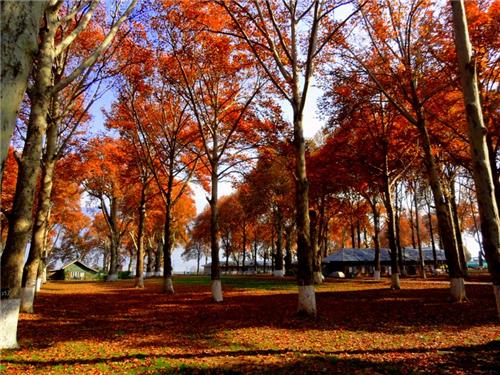 Nasim Bagh, located on western shore of Dal Lake, is said to be the oldest Mughal garden in Kashmir. It is much adored for its magnificent Chinar trees some of which were planted long before Emperor Jahangir laid out the Shalimar Garden in Srinagar.

Nasim Bagh, also spelled Naseem Bagh, is located at a distance of 8 Km from the Srinagar city center. It is one kilo meter north of Hazratbal Mosque on western shore of Dal Lake. 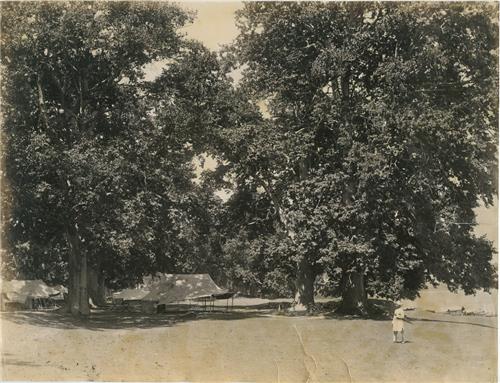 Nasim Bagh was laid out in 1586 by Mughal Emperor Akbar the Great.  In 1635, his grandson Emperor Shah Jahan planted 12,000 more Chinar trees in this garden. It is said that, when those trees were in sapling stage they were fed with milk and honey. We do not know how far it is true, but today the garden with its stately Chinar trees, has become one of the most beautiful and relaxing spots in the city.

“Nasim Bagh” literally means “The Garden of Morning Breeze”. Indeed, this picturesque garden with its thousands of Chinar trees is one of the most tranquil places in Srinagar. The rows of magnificent trees with the wide expanse of the Dal Lake as well as beautiful mountain tops in the backdrop fill you with an out-of-the-world sensation.  The cool breeze blowing in from the Dal Lake makes the garden even more enchanting. You want to stay on and on. 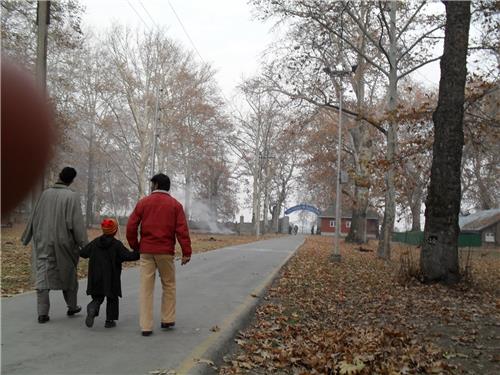 The beauty of Nasim Bagh varies from season to season. In summer, the tall chinar trees with their thick green foliage keep the temperature down by at least two degrees. In autumn, a riot of colors overtakes this garden. It is said that Late Prime Ministers Srimati Indira Gandhi came here every autumn to enjoy its beauty. In winter, the area takes up an altogether a different look.

The University of Kashmir, located inside the park has added to its splendor. Unlike most other universities, various departments of the university are nestled among the trees in small but beautiful one storey buildings.  However, its presence has restricted the movement of the visitors to some extent. The good news is that the authorities are now slowly shifting its various departments out of this garden.  This is being done keeping the heritage status of the park in mind. 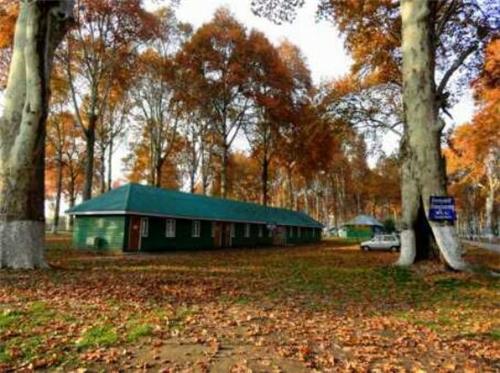 No doubt, the best way to enjoy Nasim garden is to camp inside the park. You can spend your time walking around the park making friends with students as well as faculties there. A shikara ride along the Dal Lake will provide magnificent view.

Staying in Houseboats near Nasim Bagh