The beautiful district of Srinagar hosts many beautiful natural and man made places. Monuments hold an important position in that list of beautiful places in Srinagar. Whenever you visit Srinagar you must take a look at these beautiful monuments located in Srinagar. 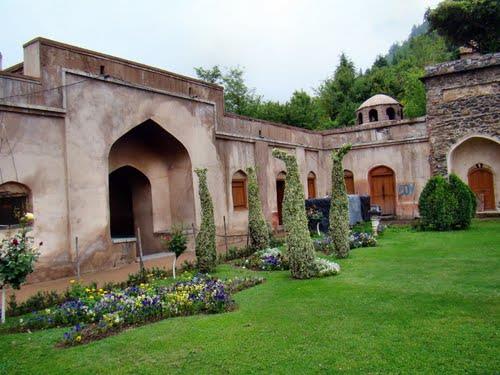 Pari Mahal in Srinagar is also known as “the fairies abode”. Located in the south western side of Dal Lake at the top of Zabarwan ranges Pari Mahal is a seven terraced garden. This Mahal came into existence during the rule of the famous Mughal ruler Shah Jahan. The beautiful architecture of the place depicts the Islamic architecture. Pari Mahal is located very near to the famous Cheshma Shahi Garden in Srinagar. The place where Pari Mahal stands today was a Buddhist Monastery and the garden was raised from the ruins of this monastery. This garden is used as a site for learning astrology and astronomy. The highest altitude parliamentary camp is in Pari Mahal.

Hari Parbat Fort is one famous tourist destination located in Srinagar district of Jammu & Kashmir. Let us find out through our article about the interesting facts and what makes this place so attractive.

About the place Hari Parbat 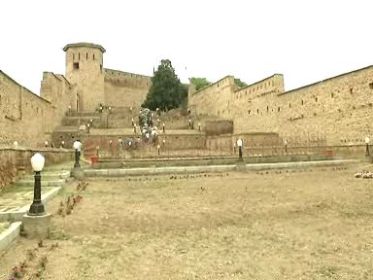 Located in the largest district of Jammu & Kashmir, Hari Parbat is also known as Sharika Peeth among the Hindus and locally known as Koh-e-Maran. Apart from the famous Hari Parbat Fort there are other attractions located in this hill top. Some of the major attractions of this place are Shrines of Badakhshi in the Southern slope, Shrines of Hamza Makhdoom in the Western slope and a Gurudwara on the Southern part. According to the myths, Hari Parbat was a religious place. The myths mention that Koh-e-Maran hill was inhabited by a huge demon Jalobhava.


This demon was destroying the life style of the local people. They called goddess Parvati for help. Goddess Parvati took the shape of a huge bird and threw a pebble on the head of Jalobhava. The pebble grew large in its shape and soon it destroyed the demon. Since then this hill is believed to have reserved that pebble and is also believed to be the abode of Hindu Gods.

The first part of the fort was built by the Mughal Emperor Akbar in the year 1590. During this time Akbar built the outer wall of the fort and decided that later he will built a new capital inside the fort but that never happened. As Emperor Akbar left his job undone later on in 18th century the construction of this fort was completed by Atta Muhammad Khan who was an Afgan Governor.

The outer wall of the fort which was built by Akbar is one of the longest walls in the subcontinent. The overall stretch of the wall is nearly 5kms. The interior walls of the fort are known as Kallai Ander where Kallai refers to wall and Ander refers to interior. The decorative gates and the curved windows of the fort make it more attractive and beautiful. Each corner of the fort has a window which gives a different view of the place. The overall architecture of the place was splendid and it attracted people. The centre of attraction of the fort was a swimming pool which was present in the courtyard. The amazing halls, staircases, huge doors and windows mark the brilliant art work of the Governor. 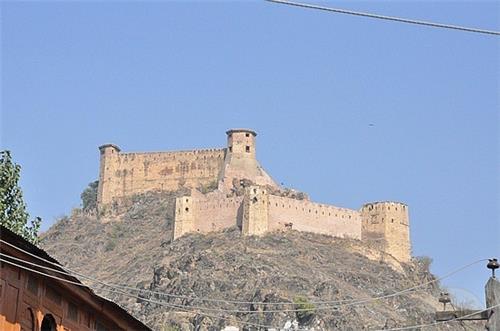 Nearby Attractions of Hari Parbat Fort

Besides this beautiful fort there are other magnificent places near to this fort which can arouse your interests. A park is attached to this fort which is known as Almond Garden. This beautiful park can be visited whenever you plan a visit to this fort. The architecture of the park matched that of the fort and hence it looked almost similar. The park always looked as an extension of the fort. Therefore you just cannot miss the park once you visit Hari Parbat Fort.

How to Reach Hari Parbat Fort

The nearest airport to Hari Parbat Fort is Srinagar Airport which is at a distance of 4km from this beautiful spot. Srinagar railway station is also close by this ancient and significant place. You can avail a suitable train in order to visit this place. There are regular bus services that connect Hari Parbat Fort to other parts of Jammu & Kashmir. 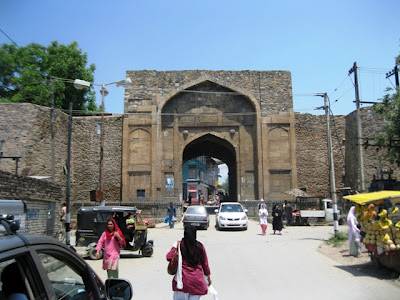 This Kathi Darwaza has a very plain or simple structure having a Domed Chamber in the middle and two bays on each side which helps in making the structure of Kathi Darwaza. The walls and the ceilings of Kathi Darwaza are imprinted with some written inscriptions which are in Persian language. This tells us the Mughal ruler of Hari Parbat Fort follows Persian traditions and customs.

Opening Hours of Kathi DarwazaIt is open on all days from 9.30 am to 5.30 pm. Moreover it would take not more than an hour to visit Kathi Darwaza.

This Kathi Darwaza is considered as the main entrance of Hari Parbat fort. This Darwaza is positioned on the edges of very well renowned lake that is Dal Lake. Hari Parbat Fort has two entrances (Darwaza) as we know one is Kathi Darwaza and other is Sangin Darwaza. A middle domed chamber has two bays and on one side makes up the structure for Kathi Darwaza. 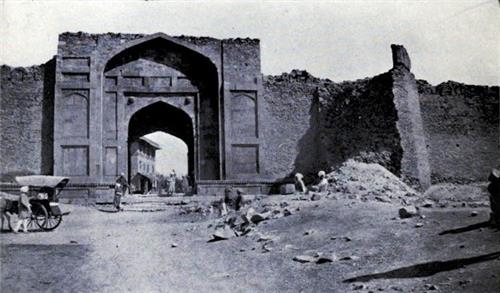 You can see there is some Persian inscription present on the walls and ceiling of Kathi Darwaza. This gives light on the traditions, ethnicity and customs of Persian civilization or society.

How to Reach Kathi Darwaza

You can reach Srinagar by any means of transport that is rail, road or air way which is favorable to you as this city is connected to all major cities of India. And from Srinagar you can hire any tourist vehicle to go Kathi Darwaza or you walk to this destination.

Located 6km away from Srinagar Sangin Darwaza is another entrance of the famous Hari Parbat Fort. If you are traveling from Hawal and you want to enter the Hari Parbat Fort then you must enter this palace through Sangin Darwaza. The famous Sharika Devi Temple is located near this entrance can be visited once you visit this place. From mid June to July is the best time to visit this place since during that time Sharika Devi’s birthday is celebrated in the city with pomp and grandeur.

We hope this article has given you ideas about the famous monuments located in Srinagar. When you plan a trip to Srinagar then you must make a note of these monuments and pay a visit to these beautiful monuments of Srinagar.

This historical monument is located in Srinagar district of Jammu & Kahsmir. Sher Garhi Palace is located in the southern parts of river Jhelum. Sher Garhi Palace is an important landmark of this beautiful city. The strong connection of this palace with the ancient Indian history makes it popular among the tourists even today. The Maharaja of Jammu used this palace as the district headquarters as well as their residence. The Dogra kings occupied this palace for a long time till Jammu & Kashmir became a part of Indian Union.

Sher Garhi stands for tiger fortress. It was in the year 1722 when Jawansher Khan the Afgan Governor constructed this place and named it as Sher Garhi Palace.  This palace was ruled by different rulers including the rulers from the Dogra dynasty. The location of the palace makes it an attractive destination of Srinagar. In 19th century this palace was re constructed and several buildings were added to the palace compound. In the 21st century this palace underwent a depressing scenario. 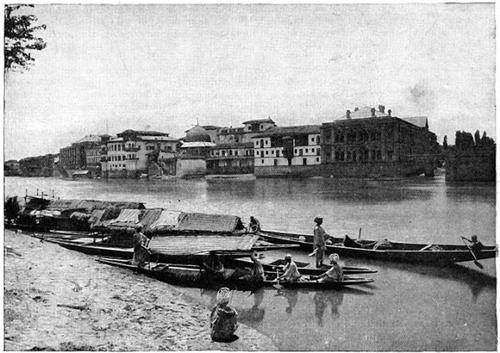 Due to fire huge number of treasure were lost from this palace. In the present day, Sher Garhi Palace stands as the Old Secretariat of the state. Several administrative offices of the state are located inside this palace.

How to Reach Sher Garhi Palace

We hope that in near future we hear back from you post your trip to this famous place Srinagar. If you are traveling Srinagar for the first time then you must keep in your mind about the best time which is suitable for paying a visit to this place. Winters should be avoided since the temperature really goes down. Months from April to June can be the best time for visiting this state.