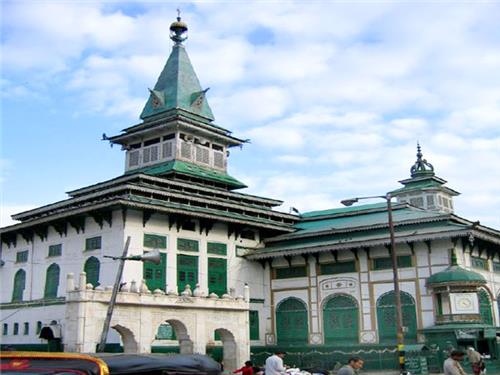 Dastgir Sahib Shrine has been built 18th century AD in honor of the famous Sufi Saint Sheikh Syed Abdul visiting Kashmir. Yet he is revered by people of all faith.  While the Muslims in Srinagar refer to him as Ghaus-e-Azam Hindus call him Kahnoow.

It may not be out of place to note that Fatima was the daughter of Prophet Muhammad; Ali was both his son-in-law and a cousin.  Therefore, we can see that he came from a distinguished family held in high esteem by the followers of Islam. In addition to that, he himself was a great saint and a scholar.

Sheikh Syed Abdul Qadir Gelani spent his first 18 years in Na’if. In 1095, he went to Baghdad to pursue his studies under famous Islamic scholars. After completing his education Gelani spent 25 years as recluse wandering about in the deserts of Iraq. He returned Baghdad in 1127 and became a teacher. He joined the school where he himself was educated.  He also began to preach Islam and said to have converted many Jews and Christians. His greatest strength was that he was able to integrate the mystical nature of Sufism with the teachings of Qur'an. Sheikh Syed Abdul Qadir Gelani died in 1166 AD at the age of eighty nine in Baghdad and buried within the boundary of the school where he had taught so many students. 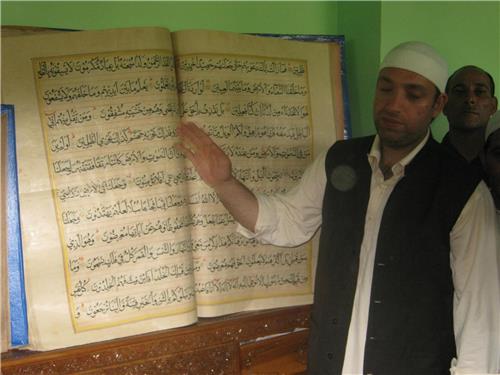 As we have already said, although Sheikh Syed Abdul Qadir Gelani never came to Srinagar, the Dastgir Sahib Shrine was built in his honor. There is an interesting story told by Salim Beg, the Chairman of Indian National Trust for art and Cultural Heritage (INTACH), Kashmir Chapter.

It is said that a holy relic belonging to Sheikh Syed Abdul Qadir Gelani was first brought to Srinagar by an Afghan traveler.  It was then handed over to Sayed Buzargh Shah, an eminent Sufi saint of Qadri Order.  In 1806, a shrine was constructed in the Khanyar region of Srinagar town to house the relics. In 1877, the shrine was enlarged by Khwaja Sanaullah Shawl. It was again renovated in 1920.

According to another story, the relic was brought from Thatha Sindh by Hazrat Sakhi Shah Muhammad Fazil who was descendant of the Geelani clan. 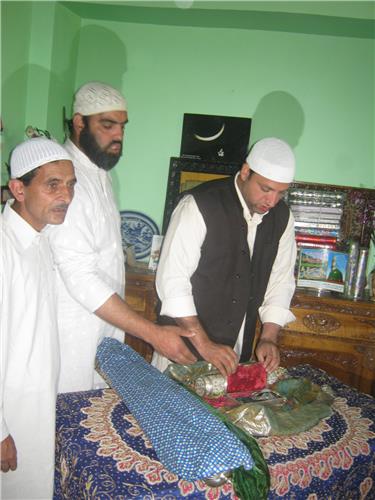 Dastgir Sahib Shrine in Srinagar is important from religious as well as archeological point of view. As we have already said, it houses a number of holy relics. Among them a piece of hair from Sheikh Syed Abdul Qadir Gelani , popularly known as Gous E Azam is of prime important. In addition, the shrine houses an old Quran hand written by Hazrat Abu Bakr Sidiqqi, Hazrat Ali, and the Mouia Pak. All these are kept in a fireproof vault and are taken out on special occasions such as Urs of Gous E Azam for devotees to see.

Indeed, on occasions such as the above, thousands of devotees visit this shrine not only to pray, but also to watch the ziyarat. There are also five graves located inside the shrine. One of them is said to be belonging to a member of Sheikh Syed Abdul Qadir Gelani’s family. 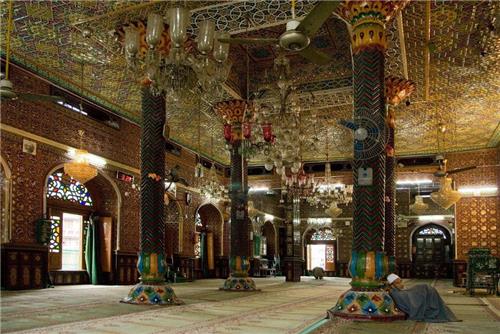 
Other than that, this 200 year old shrine also has immense architectural value. It is entirely made out of wood. The most interesting point is that, not a single piece of nail has been used in this building. The pieces of wood are joined together with interlocks. The interior is adorned with papier mache decorations; chandeliers hanging from the ceiling add to its beauty.  The shrine has a separate section for the ladies.

On 25th June in 2012, an unfortunate fire destroyed major part of shrine. Since the holy relics were kept in fireproof vaults, they were left undamaged. The authorities with the help of local residents also took timely action; they were thus able to rescue them from the devastated building. The relics were later sent to the nearby resident of Syed Khalid Geelani for safe keeping.

The Renovation of Dastgir Sahib Shrine in Srinagar 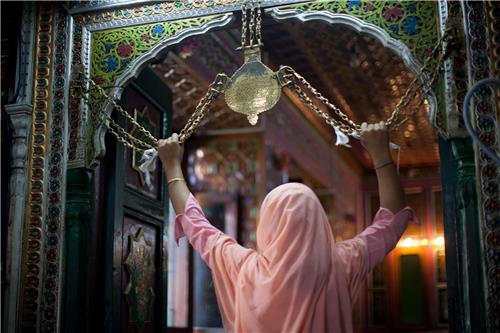 Very soon the authorities took up a restoration plan. They decided to adhere to the original building plan as much as possible and worked accordingly. With help from Srinagar Municipal Corporation, Muslim Auqaf Trust and other agencies, the task was of rebuilding the shrine was completed within the time frame. The relics were brought back to the renovated shrine at the end of January, 2015

The shrine is now open to public. You may visit it according to the following schedules: