Chashme Shahi garden in Jammu and Kashmir state capital Srinagar is one of the most popular tourist destinations build by Mughal Emperor Shah Jahan along the banks of Dal Lake and it is a typical Mughal garden. The name Chashme Shahi means “The Royal Spring” as the garden is built along a spring. The Jammu and Kashmir tourism department currently owns and manages the garden.
The Zabarwan hill range runs 5 km away from the garden which also forms a beautiful backdrop for Chashme Shahi. The garden is also close to Jammu & Kashmir’s Governor Residence “Raj Bhawan”.  Chashme Shahi is one of the three Mughal gardens in Srinagar apart from Shalimar garden and Nishat garden. All the three Mughal gardens are sited on the left bank of Dal Lake close to Zabarwan hills and amongst all Chashme Shahi is the smallest garden in terms of area while Shalimar garden ranks first followed by Nishat garden. 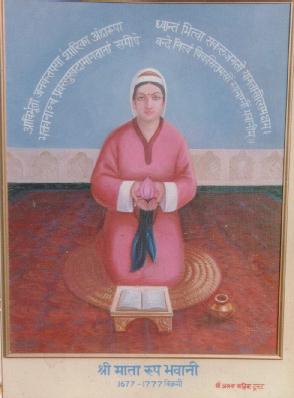 Chashme Shahi is named after the spring around which it is built. The spring was said to be founded by Rupa Bhawani. She is one of the popular female saints of Kashmir from “Sahib Clan” in which the word Sahib denotes her family name. So the spring she discovered was initially named as “Chashme Sahibi” which over years becomes Chashme Shahi and the garden around it is also named so. Chashme means spring.

The garden was built in 1632 AD by the then Mughal Governor Ali Mardan Khan as per the orders of Mughal Emperor Shah Jahan to gift his elder son Price Dara Shikoh. “Pari Mahal” or the Fairy Palace sited on the east end of the garden is used by Price Dara Shikoh to learn astrology and it is the very same location where Dara Shikoh was assassinated by his younger brother Emperor Aurangzeb in 1659.

Chashme Shahi covers an area of 1 acre of plot with 108 m length and 38 m width. It is a terraced garden. The garden follows a typical Mughal architecture while the plan follows Persian gardens. Water from the Chashme Shahi spring flow through the central terrace of the garden and it is the main attraction in the garden. This spring is categorised into three sections like a water channel, water fall and water fountains. 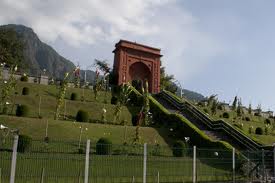 Chashme Shahi is located on a picture square landmark around the spring. The water from the spring is said to possess medicinal benefits and the tourist are allowed to fetch water from the spring. The garden has beautiful assembly of few rare variety blossoms namely Purple coloured rose, Poppy, Gardania, Dog flower and Poplin. Visitors are strictly advised not to touch or pluck flowers form the garden. The light and dance shows within the garden premise is very popular which are organised occasionally. The rocks, green lawns and the eye catching flowers are few special features of the garden.

Chashme Shahi is one of the prominent tourist attractions in Srinagar city which is opened for public visit only from March to November and it is said the months from March to November is said to be the best time period to visit the garden especially the months of May and June when the flowers in Chashme Shahi are at full bloom. Visitors are allowed in the garden from 9.30 am till 5.30 pm and rupees 10 is charged for adults and 5 for children.

Chashme Shahi is located close to Governor Residence so tourist has to inform the local police station prior or the Superintendent of Police office to seek permission to tour the Garden for security reason. The tourist also have to fill a form with the tourist information like name, age, vehicle used, driver details etc.

How to Reach Chashme Shahi

Chashme Shahi is one of the prime localities in Srinagar main city close to Boulevard road that runs along the Dal Lake banks. The Brein Market bus station is very close to the garden at 3.2 km away from where Chashme Shahi can be reached in 5 minutes by a use of a taxi or a rickshaw. Srinagar railway station is sited at a distance of 17.6 km far from the garden and it takes 23 minutes to reach Chashme Shahi using any local transport service form the station. The Srinagar international airport is located at a distance of 20 km away from garden from where Chashme Shahi garden can be reached in half an hour ride using a taxi. The lodging and boarding facilities around Chashme Shahi offers quality food and stay.